The Day The Revolution Began 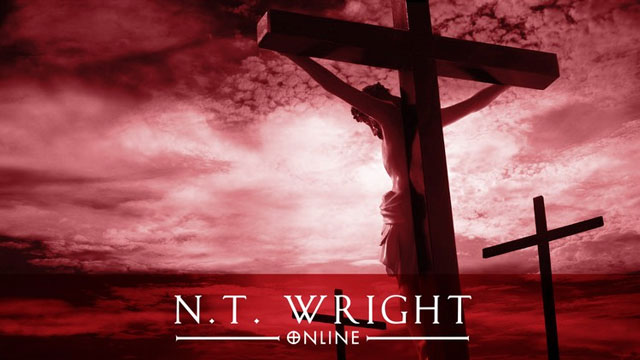 Reconsidering the Meaning of Jesus's Crucifixion

Understand the reasons for attempting to gain further understanding of what changed as of 6:00 PM on Good Friday.
Describe some of the historical reasons for certain theories that surround the meaning of Jesus's crucifixion.
Articulate the perspective of the ancient pagan world with reference to sacrifice to gods.
Provide reasons why the early Christians thought that the Old Testament provides background for the idea of Jesus's crucifixion.
Discern how the stories of Israel intersect with Christian belief especially surrounding the idea of sacrifice.
Explain how the concept of "rescue" pervades the work of Jesus in His life and death.
Present biblical arguments that support a rich understanding of the meaning of Jesus's crucifixion.
Encourage Christians to walk in a new sense of wonder as those who have been rescued from death in order to live lives of love.

Students should come with curiosity about the meaning of Jesus's crucifixion.
Students should be ready to discover historical and theological concepts that may be foreign to them.
Students should acquire the book "The Day the Revolution Began" by N.T. Wright published by HarperOne (ISBN:0062334387). The book is available in various formats including eBook.

The renowned scholar, Anglican bishop, and bestselling author widely considered to be the heir to C. S. Lewis contemplates the central event at the heart of the Christian faith-Jesus' crucifixion-arguing that the Protestant Reformation did not go far enough in transforming our understanding of its meaning.

In The Day the Revolution Began, N. T. Wright once again challenges commonly held Christian beliefs as he did in his acclaimed Surprised by Hope. Demonstrating the rigorous intellect and breathtaking knowledge that have long defined his work, Wright argues that Jesus' death on the cross was not only to absolve us of our sins; it was actually the beginning of a revolution commissioning the Christian faithful to a new vocation-a royal priesthood responsible for restoring and reconciling all of God's creation.

Wright argues that Jesus' crucifixion must be understood within the much larger story of God's purposes to bring heaven and earth together. The Day the Revolution Began offers a grand picture of Jesus' sacrifice and its full significance for the Christian faith, inspiring believers with a renewed sense of mission, purpose, and hope, and reminding them of the crucial role the Christian faith must play in protecting and shaping the future of the world.

Who this course is for:

Any person who has wondered about why Christians have an affinity for thinking that Jesus's crucifixion has any ramifications for the present day.
People who wish to have a deeper understanding of the meaning of Jesus's death.
People who long for hope that is grounded in Jesus's crucifixion as an historical event.
Followers of Jesus who wish to have greater appreciation for what God has accomplished in Christ.

View my other uploads: HERE